Last weekend I met an old friend from engineering school for coffee in Kings Cross. As I left Euston tube station, passing the British Library and crossing Midland Road, my destination, the magnificent St Pancras Station, a renowned jewel of Victorian engineering, came into view. I’d arrived a little early, so I decided to wander around and admire the results of the restoration works that rescued this beautiful structure from decay. It is near impossible to visit St Pancras now and not be struck by the staggering beauty and attention to detail crafted by chief engineer William Henry Barlow.  Even the rainwater pipes are integrated ornately into the frames of the roof trusses as water is then released through the mouths of majestically crafted lions. It would have been so much easier – and cheaper - for Barlow and his team to have designed more standard and serviceable trusses like the ones we so often see in modern engineering. But every detail of the building, however functional in nature, reflected in its design the status of the station as a gateway from the North to the South and one which would, through its beauty and craftsmanship, ever enhance the traveling experience of all who passed through it.

The glory days of engineers as designers

Back in the office, it turned out colleagues had their own favored examples of stunning structures crafted by the architect-engineers of the past.   Staying with the railway theme there was Isambard Kingdom Brunel’s Paddington Station.  On a humbler public utility note, others admired the Victorian water pumping stations citing works such as Sir Joseph Bazalgette’s magnificent Crossness Pumping Station and the splendid Papplewick in the Midlands, now designated as a Scheduled Ancient Monument. 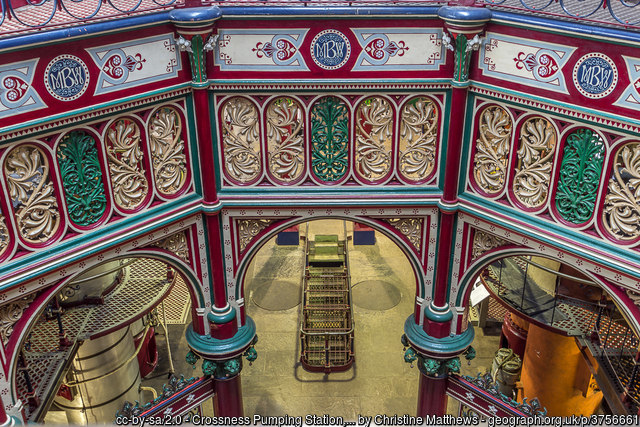 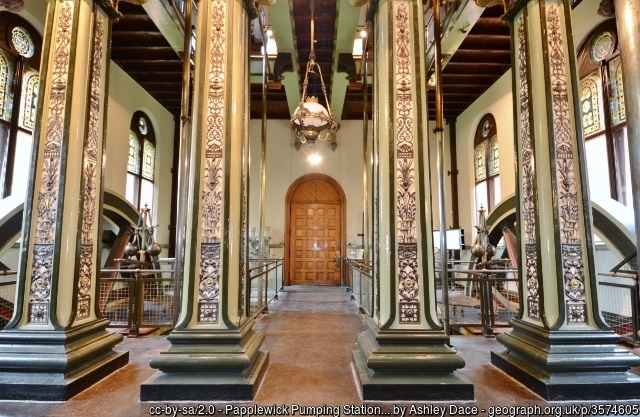 There were examples from further afield too.  ‘I propose to build for eternity’ was the ambitious aim of renaissance architect Filippo Brunelleschi and his famous design of the Dome of the Cathedral of Florence certainly leaves an eternal impression on all who see it. It is the perfect example of the forgotten ideal that structure and form should be inseparable, one from the other.

Although he did not live to complete it, Gaudi’s vision for the Sagrada Familia Basilica in Barcelona is another example of how responsibility for the design and structural integrity of a building often lay with one individual, albeit, in this case, an extraordinarily gifted one. Here you can see Gaudi’s genius in determining the optimal arch following the rule of an inverted catenary curve by using a model of the structure made out of chains and weighted strings. Since every adjustment would, in turn, trigger the “physical re-computation” of optimal arches, the model had to be located over a mirror or photographed in order to appreciate these changes.

So where are the modern day equals to the giants of the past? Who are today’s Barlows, Brunels and Bazalgettes? How did the role of engineers in building design seemingly regress from one of leadership to one of subservience, from inspirational visionary to supporting bit-player? At what point did architecture as a profession stake its claim as the guardian of all that encompasses elegance, beauty and aesthetics leaving engineering with the task of ensuring these elegant, beautiful and aesthetically pleasing structures are buildable, compliant with the ever increasing lists of building regulations and, above all, will not fall down. Important as all these considerations indisputably are, are they not also just a little dull? It seems the modern day engineer is more wingman than ace pilot.  Obviously stunning and inspirational buildings are being created today and to argue otherwise would be futile when faced with the magnificence of, for example, the Savill Building in Windsor Great Park or the Beijing Olympic Aquatic Center. These two buildings in particular are examples that owe much of their success to outstanding detailing and engineering. However, outside of our sector, who could name the engineers responsible for these incredible works? Where are today’s engineering household names? The fact is that the achievements of our profession are relatively unknown and unappreciated compared to those of the modern architect who enjoys the fame and infamy of association with buildings both loved and hated but, above all, known. Architects have become synonymous with the winning of awards, the pitches on a grand scale for everything from Olympic Games stadia to cultural landmarks, the endless stream of TV house shows and the ever evolving look and feel of the built environment which surrounds us. By contrast engineers have become the bag carriers, the leading man’s best friend, ever the bridesmaid, never the bride. 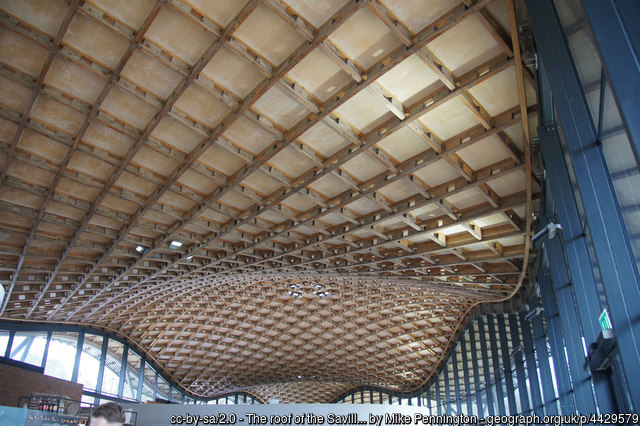 This is not at all an attempt to pin the blame for the engineering profession’s relative lack of profile on architects.  They are not the bogey men and women of this tale.  The modern drive to separate form from function has created an unnecessary and unhelpful rift between the professions of architect and engineer. Perhaps this is the gulf to which Brunel referred when he discussed the ‘big gap between scientific research and the engineering product which has to be bridged by the art of the engineer.’ As a first step to re-discovering the art of the engineer, perhaps it should become standard practice for engineers to be engaged in the design process from the earliest stages of project initiation. To understand the interface between building and end-user, whether it be a home-owning family, office worker, factory work-force, school principal or gym manager, the retained engineer needs to be as much a part of the briefing process as the architect and other key stakeholders. Much time and energy could be saved in projects if the input of engineers was offered during the early conceptual stages when design challenges can be identified and creatively addressed before attaining the status of intractable, potentially project derailing issues. Going even further upstream in the process, there are a raft of opportunities to better equip the engineers of the future through tweaks in their professional education and training which would facilitate an enhanced understanding of buildings, the environment in which they are located and the communities which surround them. Let’s have design competitions for engineering students so as to give full voice to their creative and computational competency. Furthermore, let’s take this approach into schools to inspire the next generation of engineers and to give them scope and encouragement to imagine new worlds, new materials and new structures. Together, as a profession, we have the potential to re-shape our role and more effectively communicate our desire and our ability to create better buildings and shape better futures for our communities.