Why we binned the Christmas Party...

...and think you should too

As the familiar chorus of “Rockin’ Around the Christmas Tree” played for what seemed like the hundredth time that evening, the disappointment of yet another instantly forgettable Christmas party was blindingly clear. Every year we tried to make our office party a memorable and fun occasion—a chance for us to come together and celebrate as a team. And every year, despite our best efforts, the venues were always over-crowded, the food average at best and the feeling of enforced jollity a perfect complement to the tacky fake snow billowing from sputtering machines in the corner. As we surveyed the aftermath of one calamitous evening too many, the decision was made.  This was the last time we stuck with convention. Next festive season, we were going to do things differently.

One year later, we announced to the office that we were binning the Christmas party.  That stark news went down rather less well than the follow-up announcement that we were going on a team trip abroad instead. Tickets for the first Eurostar out of London were booked and on a chilly December morning we gathered, bleary-eyed, at St Pancras Station for a day trip to Brussels. On arrival, we were greeted with freshly fallen - real - snow and the smell of pine and cinnamon wafted from Christmas markets as we wandered through the city towards the Grand Place. There we admired the magnificent 14th century architecture enclosing the great square before exploring the rest of old town, stopping in the occasional waffle house and traditional store to do some Christmas shopping. Our day culminated with a break from the cold in a cosy, traditional bar from which we reluctantly departed to catch the last train back to London. As we sped back home, a quick team survey confirmed what we already suspected – the day had been a huge success.  The trip had given everyone a chance to chat and get to know one another outside of the confines of our usual work-centric interactions. We had all become closer through a shared experience and this time, one that was memorable for the right reasons.

If anything, we realised that we hadn’t stayed in Brussels long enough. And so the decision was taken to not only make going abroad our yearly Christmas tradition, but also to make it an overnight trip. Every year, we now plan a two day adventure somewhere in Europe. We leave as early as travel arrangements allow on day one and return home in the evening of day two so that we can maximise the time away together. We’ve discovered that Easy Jet make large bookings like ours very straightforward and they have become our go-to airline, even more so after the disastrous year we booked through Monarch just as they were going bust! We’ve found that two days really allows us the time to relax and explore our new surroundings, sometimes with local guides, sometimes just wandering around and taking in the architecture and atmosphere ourselves.

Since Brussels, our Christmas adventures have taken us all across a range of destinations in Europe. Stand-out memories include lunch by the sea in a very sunny Barcelona, wading through knee-deep water in Venice in search of a secret Jazz bar and ice-skating in Budapest under the influence of a few too many mulled wines. Our team trips have not only given us all a chance to bond without going all ‘Outward-Bound meets Lord of the Flies’ unlike some corporate team exercises we could mention (a blog for another day) but have also given us a great opportunity to reconnect with former colleagues who have returned to their home countries but remain firm friends of ED and are always happy to share local insider knowledge. Over the years, we’ve created some incredible memories together as well as assembling an enviable collection of super tacky souvenirs which may in time to come provide fodder for a very low-rent Antiques Roadshow.   Meanwhile our advice to all, based on our experience, is to make traditions work for you, on your terms.  Christmas is going to happen whether it brings out your inner Grinch or Frosty the Snowman and that being the case you might as well embrace it and use the opportunity to show friends and colleagues how important they are to you and your business by going the extra inch to say thank you, show you mean it and as a bonus, add to your office snow globe collection.

The only question now is, what other long-standing office traditions and work practices are we clinging onto which we need to re-invigorate, re-invent, re-imagine or quite simply bin? 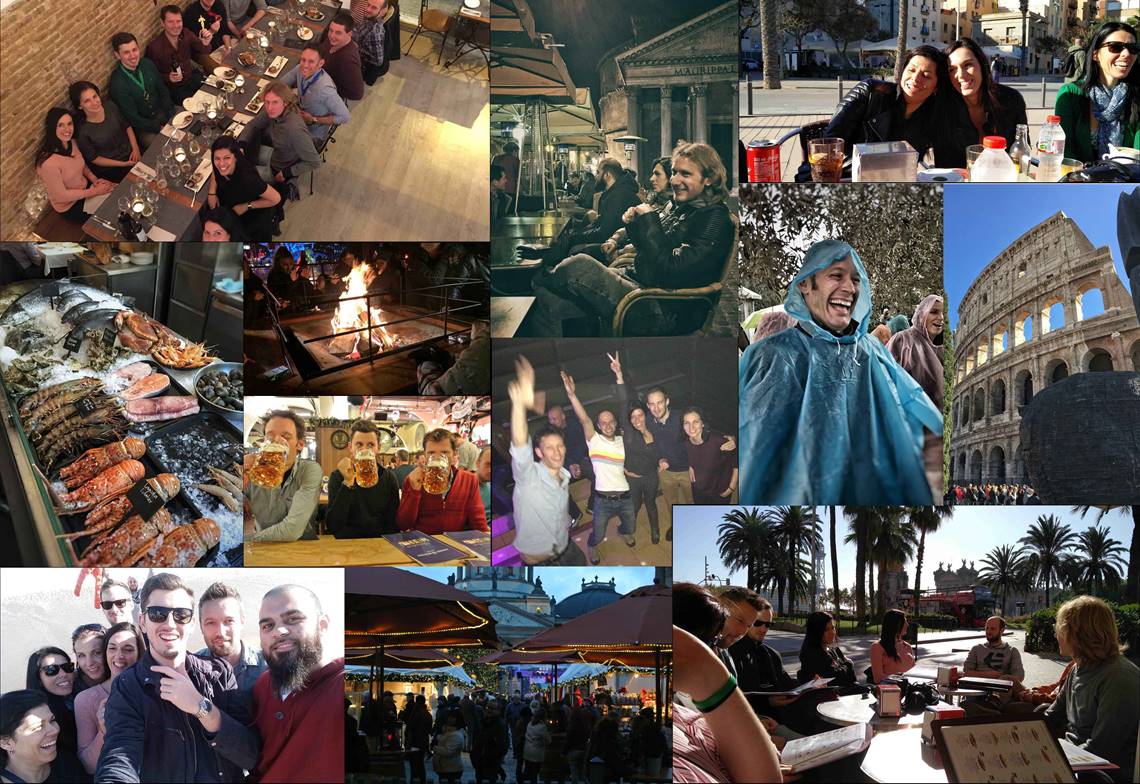